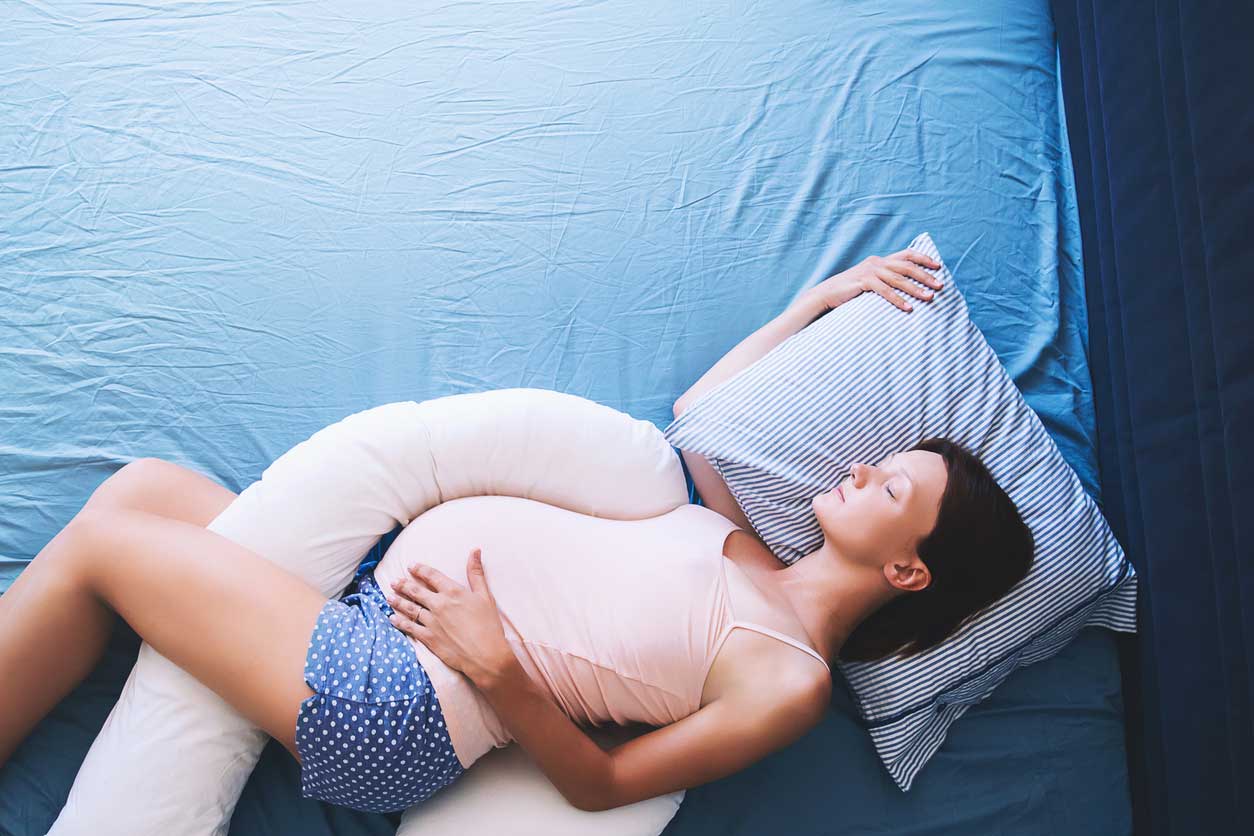 Obstructive Sleep Apnea is dangerous for anyone who has the condition, but it is especially so for mothers-to-be. The condition affects women during pregnancy as well as their unborn children. If you are pregnant and think you may have sleep apnea, Contact Dr. Shukla for sleep apnea treatment in New York.

Sleep Apnea is a surprisingly common condition which causes your breathing to become very shallow or stop for periods throughout the night. These interruptions in your normal sleep pattern can occur more than 30 times per night, disrupting your sleep cycle. This leads to conditions like chronic fatigue and can become very serious if left untreated. Dr. Shukla has been providing sleep apnea treatment in New York for over 15 years, and has many satisfied patients who recommend him.

Obstructive Sleep Apnea is the more common of the two types. It occurs when the throat muscles relax causing an obstruction in the airway.

Women of childbearing age (not just those that are pregnant) experience sleep apnea between 1-10% of the time.

Women are more likely to develop sleep apnea during pregnancy and after menopause. It can sometimes be hard to catch tell-tale signs of obstructive sleep apnea because they are common symptoms of pregnancy. Restless sleep, shortness of breath, and daytime fatigue are all a normal part of being pregnant, but they are also warning signs that a person has sleep apnea.

However, sleep apnea is still rare in healthy women with uncomplicated pregnancies. It is more common in women who have preeclampsia, gestational diabetes, or high blood pressure.

Does Pregnancy Cause Sleep Apnea?

The physical changes that come with pregnancy can contribute to the development of sleep apnea. Pregnancy hormones can congest the mucus membranes of the upper airways, increasing the likelihood of sleep apnea.

However, there are many other causes of sleep apnea. It is important to seek sleep apnea treatment in New York if you are pregnant and suspect you have the condition.

“The data showed that women with any type of sleep disordered breathing had elevated risk for fetal normoblastemia.”

“Normoblastemia is a condition in which blood cells with nuclei are seen in circulation past the initial days of development. It occurs when the fetus experiences an oxygen shortage and releases immature blood cells into circulation. It is considered a sign of fetal distress and may hint at bone marrow disease or brain development irregularities.”

Appropriate treatment greatly increases your chance of having a healthy newborn. That said, sleep apnea has been associated with preterm delivery and low birth weight.

If you have other conditions in addition to sleep apnea, you put your baby further at risk. According to an article published in LiveScience, a study showed the babies of obese women with sleep apnea were more likely to be admitted to the neonatal intensive care unit than babies born to women without the condition. Women with sleep apnea were also more likely to develop preeclampsia and then deliver their babies by cesarean section.

Risk of Death During Pregnancy

“The risk of dying in the hospital is more than five times higher for pregnant women with obstructive sleep apnea than for those without the sleep disorder, a new study suggests.”

The study controlled for obesity and other complicating factors. The scientists thought that the increased risk of death may have been due to the added stress obstructive sleep apnea places on the physical demands of pregnancy, although the study failed to produce a clear cause-and-effect relationship.

Dr. Shukla is a highly qualified provider of specialized sleep apnea treatment in New York. If you or a loved one is pregnant and may be suffering from sleep apnea, Dr. Shukla can help!
Contact Dr. Shukla Today!