This is the moment when Dr. Theophanis Pavlou first feared coronavirus. For months, he’d read in medical journals that only the old and sick might die.

Then he met a 29-year-old man, a physical trainer at a gym in Bergen County.

Now the man lay in a bed at Holy Name Medical Center, unable to breathe. If the man’s condition worsened at all, Pavlou would drug him into an induced coma, then place him on a ventilator.

Before the virus, this was a man in peak physical condition. Without immediate emergency care, he could die.

“It was a moment of, ‘Oh, boy,’” said Pavlou, a pulmonologist at Holy Name in Teaneck. The township is experiencing one of the worst coronavirus outbreaks in North America.

“This man had no medical issues. If he can get it, anyone can get it. And we’re all at risk,” Pavlou said.

Not everybody understands this yet. On Friday, employees at 30 libraries in New Jersey were still required to go to work. Young adults in Miami for Spring Break told CBS News they planned to ignore the virus and keep partying.

Such lax behavior may cause thousands of otherwise healthy people to die, according to emergency doctors in Bergen County and the New York City region.

In the best-case scenario, they say, we stand on the precipice. Experts at Imperial College London found that a combination of testing, physical isolation and aggressively tracking contacts between infected persons can slow the spread of the virus, ease pressure on hospitals and save lives.

If everyone goes home and stays there — right now — the United States may avoid the worst public health crisis in its 231-year history. 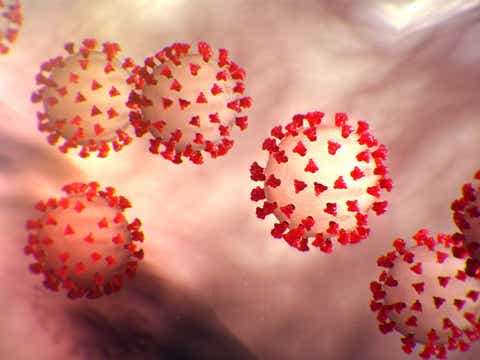 “Maybe we can choke this off in the next few months,” Pavlou said.

Or maybe we’re too late. This virus gets a head start, after all, incubating in our bodies for two days to two weeks before showing any symptoms.

The United States is so far behind on testing that perhaps it’s no longer possible to trace coronavirus cases back to their sources, Marc Lipsitch, director of the Center for Communicable Disease Dynamics at Harvard University, said Wednesday in a call with reporters.

“I think many health departments are finding it overwhelming to trace contacts and to quarantine those contacts,” Lipsitch said.

Reader — This story is being provided free to our readers during the coronavirus outbreak. Please support our efforts during this time of crisis by subscribing to NorthJersey.com and The Record.

Without effective sequestration and testing, 2.2 million Americans could die, the London researchers found.

“The federal response has been a fiasco,” Ashish Jha, director of Harvard’s Global Health Initiative, said in an interview with National Public Radio.

Perhaps we’ll look back on this strange time, when our highways are quiet and town squares nearly empty, as our last moment of calm.

“Can we beat this? I don’t want to incite fear and panic in people. But the data we see suggests we’re still on the exponential curve” toward a massive viral outbreak, said Dr. Lewis Nelson, chairman of the emergency medicine department at Rutgers New Jersey Medical School and an emergency room doctor at University Hospital in Newark. “It may be like the tide going out before the tsunami comes in.”

Volunteers test New Jersey residents who have a fever or a shortness of breath at the Bergen County Community College for Covid-19 in Paramus, N.J. on Friday March 20, 2020. (Photo: Tariq Zehawi/NorthJersey.com)

This is serious. If anybody you know doubts that, they are wrong. Here’s what the doctors in our area are doing to prepare, and what they fear.

“The doctors are afraid, too,” said Dr. Jason Shatkin, a pulmonologist at The Valley Hospital in Ridgewood. “Anybody that tells you that they’re not afraid is lying. Or stupid.”

Behind the scenes, meetings and worry

It’s not just drive-thru testing sites. Most of the work performed by doctors and their staffs in New Jersey and New York to prepare for the epidemic is invisible to outsiders. Doctors are attending lots of meetings, Shatkin said. That sounds boring.

It’s crucial. In an overloaded hospital, doctors must prevent coronavirus molecules on their face masks from spreading to uninfected people.

“The most dangerous vector that I know is me,” said Shatkin, “because I’m around it all day.”

In Italy, ventilators designed for a single patient were split among four. What’s the safest way to do that?

“Splitting a ventilator between two patients is not something we have ever done before,” Shatkin said. “But we’re talking about it.”

Doctors in the New York City region may be forced to save lives by allowing some patients to die.

“The thing I really worry about is rationing care, and having to make awful decisions, God forbid,” Shatkin said. “It’s not something that I’ve ever done before. That’s my greatest fear, of having to make that decision.”

A side benefit of so many meetings, Shatkin said, is that for the first time intensive care doctors from every discipline, including emergency room specialists, pulmonology and infectious disease, are getting to know one another.

“We’re all working together now as a team, which is unprecedented, and perhaps one of the good things that could come out of this,” he said.

At Mount Sinai Hospital in Manhattan, medical staff are reusing ventilator masks rather than discard them after each patient, said a nurse who spoke on condition of anonymity because she is not authorized to speak to the media.

In Teaneck, doctors at Holy Name Hospital normally use fewer than 10 ventilators at a time, Pavlou said. Now that the township is home to one of the worst coronavirus outbreaks on the East Coast, the hospital had 17 machines running as of Thursday, he said.

Shatkin’s normal workday has stretched from 12 hours per day to 14. Sometimes, he’s working around the clock. 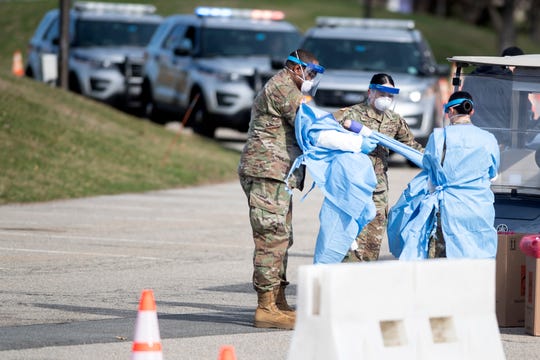 The surge of cases hasn’t even begun to hit. If it does, hospitals may be overloaded for a year to 18 months until a vaccine is created, according to the Imperial College researchers.

Such effort cannot be sustained, local doctors said. If it continues for too long, more doctors will become ill themselves, and more patients will die.

“Nurses and intensive care doctors are exposing themselves on 12-hour shifts,” said Dr. Domenico Rotoli, a family medicine practitioner in Englewood. “They’re going to burn out.”

Rotoli is doing what he can to reduce pressure on front-line physicians in hospitals. His staff is busy all day and much of the night answering calls from people afraid they’ve contracted the virus, he said.

Nationwide shortages of face masks and safety gowns have left Rotoli unable to buy any for himself or his staff. He did pay $280 for a special mask, which he plans to use himself while seeing patients with coronavirus symptoms.

“If you’re symptomatic do not come in” to his office, Rotoli said. “I’ll go out to your car. That’s a risk I’m taking.”

In his office in Fair Lawn, pulmonologist Dr. Henry Velez is seeing only patients who need essential, immediate care. Otherwise, he’s focused on speaking with asthma patients over the phone, and writing them prescriptions as needed, to keep them out of emergency rooms.

“We’re ill prepared for this,” Velez said of the pandemic. “We’re going to be playing catch-up.”

Mayank Shukla operates a large pulmonary practice with offices in Manhattan, the Bronx, Queens, Brooklyn and Staten Island. To reduce overcrowding at hospitals, he has created a regional hotline for families with children who have asthma, setting up medications and treatment plans over the phone. The number: (347)786-5249.

When the surge hits, Shukla said, he plans to stop working in his offices and spend his time treating coronavirus patients at Richmond University Medical Center on Staten Island.

“We have been slow in the testing, and we are not able to catch up,” he said. “I think hospitals will be overwhelmed.”